A Memory from Louise Dobbs –

Willard Smith was widely respected as an amazing guitar player and musician. I met him when I first joined Songmakers in 1996 at La Sherpa which was a retreat center in the mountains outside of Santa Barbara. I thought I had died and gone to heaven when I was there for my first retreat. I sang three part harmony with Willard and one other darling Songmaker on the song “I Still Miss Someone.”

At Leo Carillo Willard let me know in a very gentle way about Songmaker “etiquette.” I was a brand new Songmaker and did not know any of our ways of doing things.
I was just sitting and playing guitar and singing and other Songmakers gathered around. I kept the sing alongs going as more and more people gathered. I led every song.

After this wonderful time Willard came up to me and said “You know Weezie, every Songmaker wants his or her turn to shine in the sun!” He let me know a basic principle of Songmakers. We all want our turn !!

A memory from Kay Conroy –

Willard Smith was very generous in sharing his talent. He frequently took breaks on songs at our hoots.  He didn’t need to know the key. Whatever it was, he could handle it. He knew all the old standards and often accompanied me when I sang a song that was too difficult for me to play.  He once performed at the Fireside Room playing everything with strings.  I think I remember him playing fiddle, guitar, hammered dulcimer, autoharp, and mandolin. Whenever he was making music, he was always smiling! 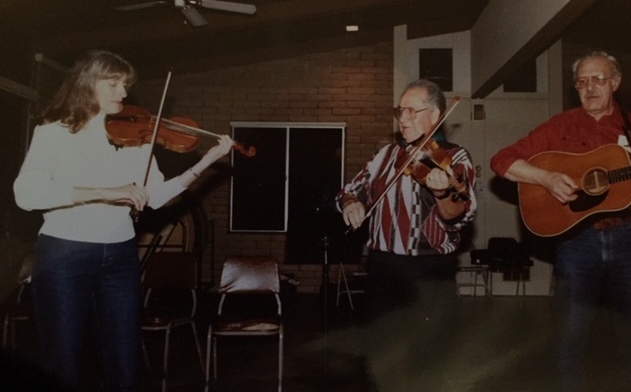 Willard Smith center with Sharon Cardero and the left and Tom Stefancin on the right. 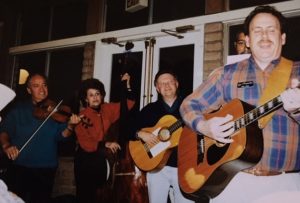 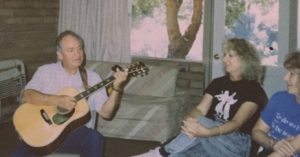 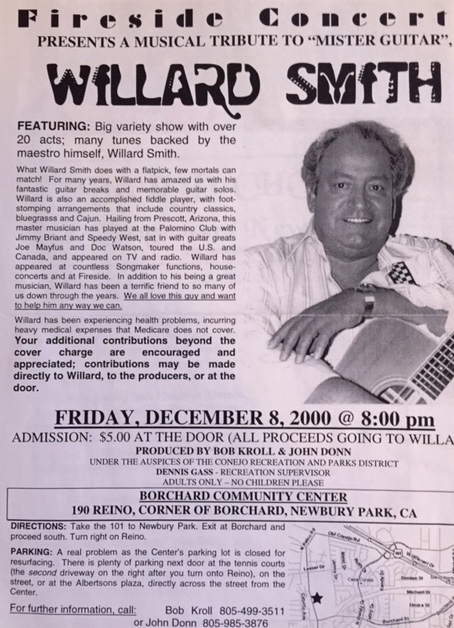 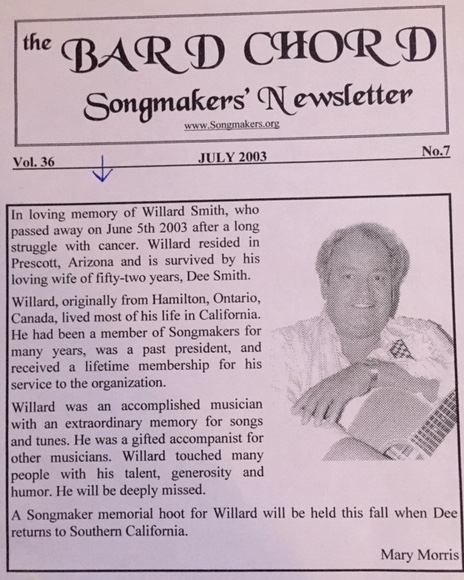