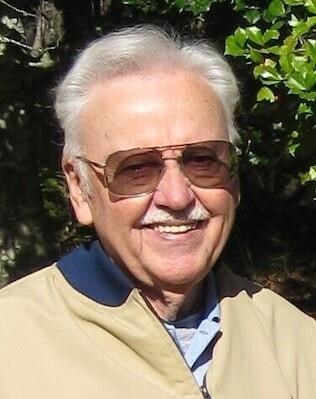 Long-time Songmaker Ken Gates passed away recently. Ken was a very talented multi-instrumentalist and singer. He was also a delightful personality who was known as “The Reverend” because of his love for gospel songs. The following obituary was published in the Ventura County Star.

Ken was born in Ohio, the second of four chil dren and came with the family to Southern Cali fornia in 1938, where he remained the rest of his life.

He was a proud Ma rine, serving just after WWII. After discharge he started working at Founders Insurance, in Los Angeles. There he met a coworker, Jean. They married in 1949. They were married 72 years. Together they raised four children: Larry, Martin, Brian and Lorraine. He was reliable provider and loving father,fostering each of his children’s diverse talents. He continued to do so all through his life.

His talent and intelligence were soon recognized. He began working in the nascent data processing field at Founders. He progressed through the evolution of the field to information technology, in technical, managerial and consultant roles.

He was an avid golfer. He had a lifelong love of music, especially traditional jazz and spirituals. This later blossomed into playing bluegrass guitar. He was known in bluegrass circles as the collector of songs and as ‘the reverend’ because of his love of spirituals. At the age of 70, he taught himself to play jazz clarinet by ear. He was the catalyst of a group of local amateur musicians, the Parlor Jazz Ensemble. They would play together regularly and left a legacy of many hours of recorded jam sessions.

He was also a historian of traditional jazz and a Civil War buff and enjoyed traveling to music festivals as well as visiting Civil War battlegrounds.

He was preceded in death by his parents Wil liam Henry Gates and Lorena Houghton Gates, son Brian and his sisters Evelyn and Eloise. He is survived by his wife Jean, his brother David Gates, children Larry,Martin, and Lorraine, granddaugh ters Zaynab, Badiyyih, Leila, Lorena, Melanie and Kelly, and eight great grandchildren.

The family will hold a private gathering to re member him. He preferred his friends make no fanfare or expense on his behalf. Donations, in his name, to the Salvation Army would be OK