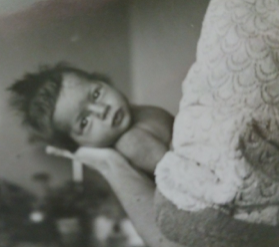 Eva Scherb was born in Germany in the early 1930s. When her parents determined it to be too dangerous for them to stay in Germany, they emigrated to Toronto, Canada. For fear of being mistaken for Germans, her parents did not raise her to be Hungarian or Jewish, speaking to her only in English, never a word of German or Hungarian. Additionally, they sent her to an Episcopalian school and Sunday School at a Christian church. 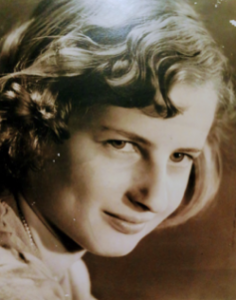 She eventually discovered her Jewish heritage, thanks to a very outspoken relative. While in High School, she was active in her high school orchestra, playing 2nd violin.

She wrote poetry and relearned German as a foreign language in school. Her parents arranged for her to spend summers on a farm in French Quebec so that she would know more about the world and how it works. The family was paid to pretend not to speak any English. As a result, she became fluent in the French language.  After getting a degree in Philosophy from University of Toronto, she lived in England for a while and later decided to travel around the world. Most of her travels were accomplished through hitchhiking and staying in youth hostels. 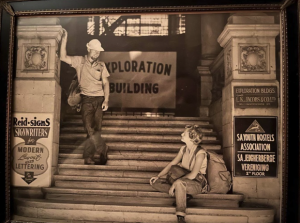 Towards the end of 1958, she met her future husband at a youth hostel in Athens, Greece. They began traveling together and in June of 1960, they got married in South Africa, since the USA recognized South African marriages.

While traveling through the African nations, she noticed the way the women wore their babies in wraps on their back. As they completed their journey around the world, they passed through Japan, where she managed to purchase a baby carrier of her own for the child she was now expecting. 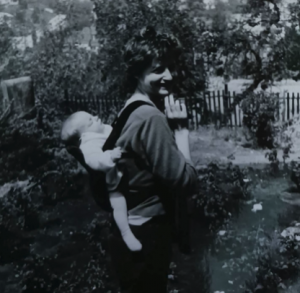 They planned to travel to the United States, arriving a few months before this baby was born; just in time, too, as she was born about a month earlier than expected! After giving birth, she got involved with La Leche Legue, an organization dedicated to supporting women who have chosen to breastfeed their babies. She was a trailblazer, wearing her baby in the USA in 1961.  She was very forward thinking, breastfeeding, and baby wearing. She was involved with the foundation of Area H Alternative School, which was rather like a modified homeschooling experience. Prior to this, when her 2 daughters were much younger, she was involved with Rose Sharlin Cooperative Nursery School.

Eva discovered Songmakers in the 1960s when she stumbled upon one of their meetings at Griffith Park. Her eldest daughter was 4 or 5 years old and wanted to sing on the stage. Eva hadn’t planned to sing, but wanted to encourage her daughter, so they went up and sang “Go Tell Aunt Rhody.” They quickly became regulars and she continued to attend hoots until 2020 when the COVID-19 pandemic made it too risky to host in-person hoots. 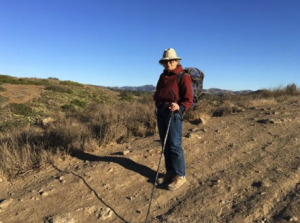 Eva’s father instilled in her a lifelong love of music, language and hiking. Once her daughters were old enough to leave alone, she regularly carved out an entire day to drive to a mountain and walk from sun up to sun down. She continued this habit until the pandemic made it too hard to continue. 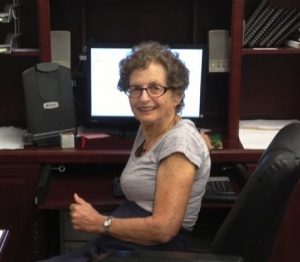 Eva worked for the City of Los Angeles as a police dispatcher, a City Hall Operator and finally as the Administration Assistant for the Automotive Department of L.A. Trade Tech College. She retired from that position in 2017, about a month before turning 85.

She enjoyed retirement and kept active, until COVID-19 made travel too difficult. Instead, she used her energy playing badminton in her yard with her husband and taking walks through her neighborhood. In May 2021, she was diagnosed with pancreatic cancer. She and her husband relocated to the home of their eldest daughter, and began chemotherapy treatments until they began to do more harm than good, ceasing treatment in April of 2022. After ceasing chemotherapy treatment she declined quickly and passed away in June 2022 at the age of 89. She leaves behind her husband, 2 daughters, a son-in-law, 2 grandsons and 6 great-grandchildren.