When I first heard David Hallbauer sing, at the Mission Hills Song Circle, I thought: Oh my God, I’m going to follow this guy – his voice is too good to be true! And so we became friends. As time went on, because of his losing “memory neurons”, (Alzheimers) he was no longer driving, and I would give him a ride to the Mission Hills hoot. He was not one to mince words; when he had a criticism during our conversations, time would prove his observations correct, despite my repeated denials. He had had a lot of professional experience treating very difficult students using his unique skills in psychology. And so, even though it has been years since I’ve talked with him, it’s been difficult for me to learn that he has passed on.

For those of you who weren’t able to experience his singing, I recommend this youtube video: Alan Jackson – “Livin On Love” 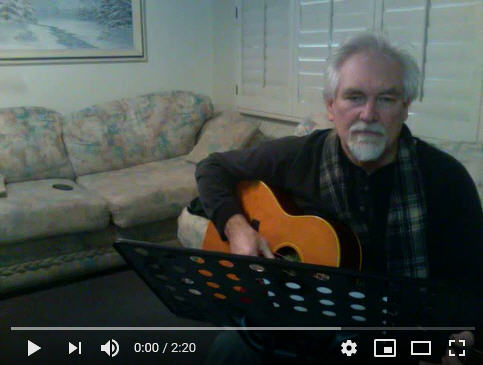 I was very dismayed that I could never reach him by phone before his passing, and he didn’t master the use of his cell phone. May he rest in peace, and I thank him for being an inspiration in the wonderful world of song.