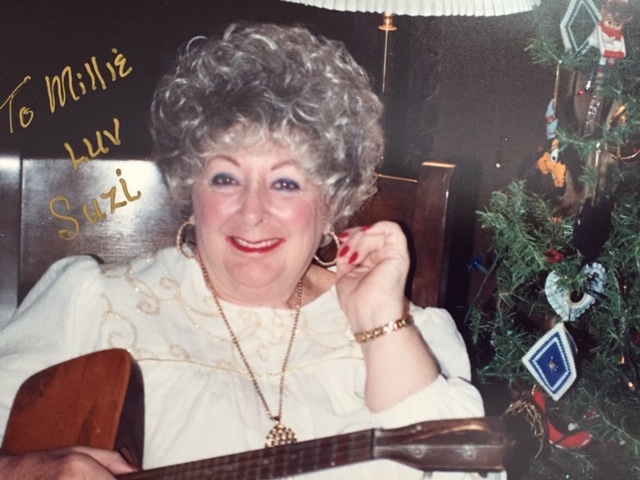 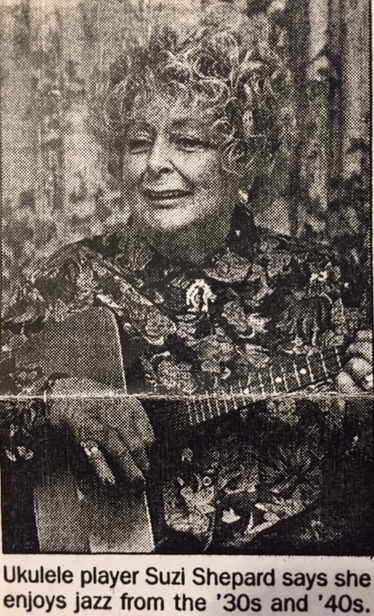 Thoughts from Kay Conroy about Suzi:
Suzi was mentioned in a newspaper article featuring Earl Huff’s Hoot. It read in part:
“The eight early birds warmed up with “That’s the Glory of Love.” The sole woman was
Suzi Shepherd, a retired  widow in her 60’s. “They call me the uke lady,” she said.  For
the last six years, Shepherd has lived full time in her RV, parking at the homes of friends
or in various spots around the country. “I’m a gypsy and I like it.”
Shepherd said she enjoys playing jazz from the 1930s and ’40s.  And she attends
camp-outs held by Songmakers two or three times a year.”
Here is a song that D’vora Gittelson wrote in Suzi’s memory titled “Ukulele Lady By the Sea” 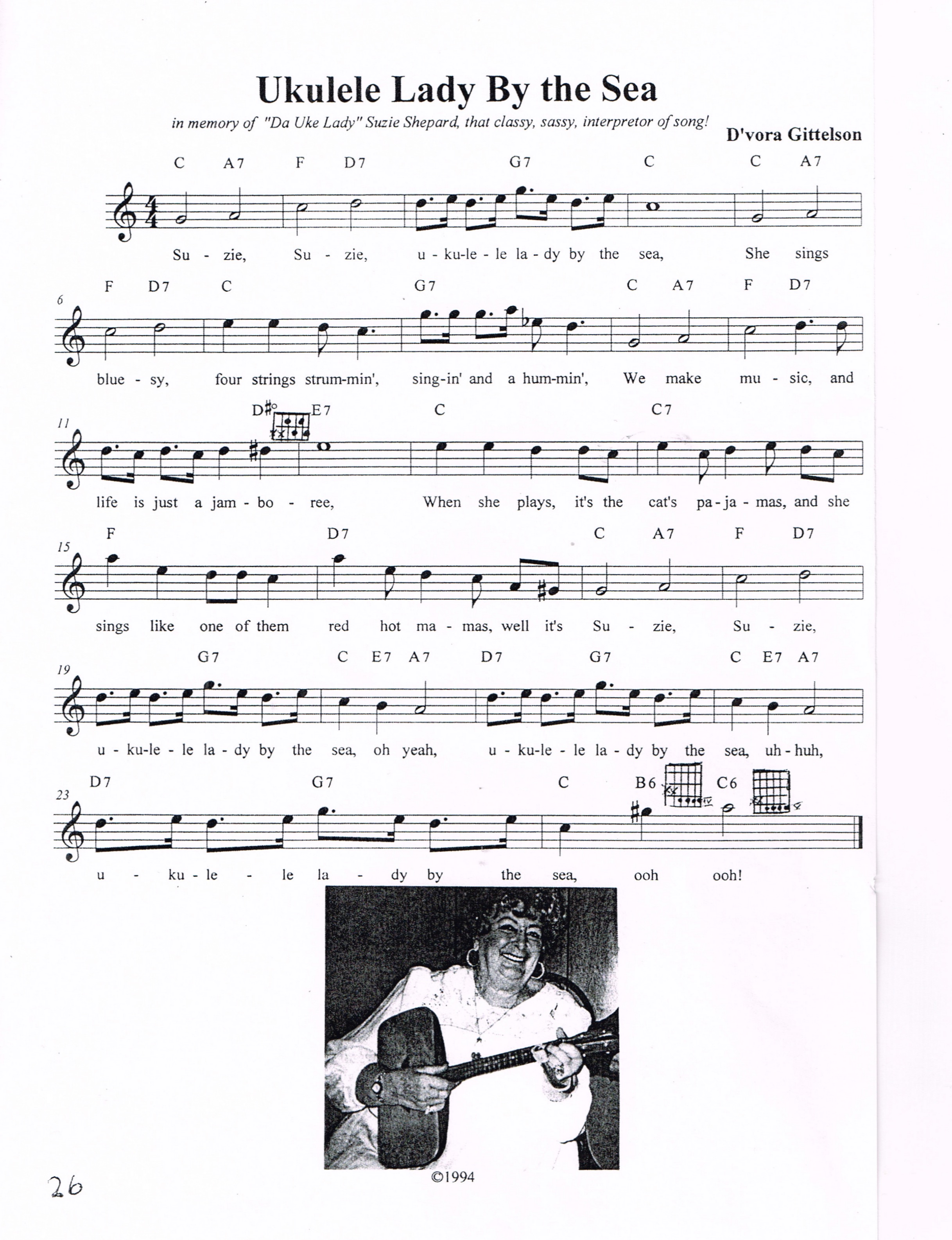