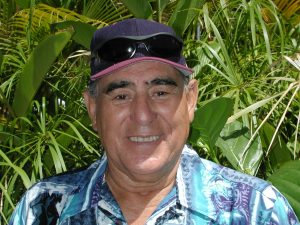 My husband, Frank Quintana, passed away on September 6th, 2008. While not totally unexpected, it came way to soon…. but we all had some great times together.  I’d like to share a little bit about Frank that you may not have known.

He was born in 1935, in Belen (Spanish for Bethlehem), New Mexico, and was the 10th of 15 children.  As a young child he stuttered terribly, but eventually, through many hours of hard work, was able to overcome his difficulty in high school and became quite the athlete.  He lettered in several sports, and the day after graduation enlisted in the Army.  He was eventually sent to Germany where he worked as a supply sergeant until his discharge in 1956.  Coincidentally, 1956 was the year I was born. He returned to New Mexico, bought a new car with his savings and the “ill-gotten gains” he acquired playing poker with his fellow militay buddies, then came to California where he lived with 3 of his brothers.  They rented an apartment in Santa Monica and ohhhhh the stories he told….After a couple of years, he returned to New Mexico, married his first wife, and became a fire fighter, working the rescue squad.  He returned to California after 4 years, and started working for the phone company, General Telephone (which became GTE, then Verizon).  He raised 6 children, then became divorced. Then I “saved him” from himself, and married the poor, lonely, single,  music depived man, making him the happiest person on earth, of course.  He worked for GTE for 31 years, retiring in 1991 only to become a housewife for a year.  Then he went back to work for the Salvation Army, in their thrift store. He was shelf stocker, eventually working his way up to cashier.  One of my favorite stories was the time he watched an old woman trying on hats in front of the mirror.  He told her she looked beautiful in the hat.  He arranged to work the cash register when she checked out, and charged her 25 cents for the hat.  She left that store feeling beautiful.  That was the very special gift Frank had, making everyone he touched feel special and important.
It took a long time to get Frank to feel comfortable around Songmakers because he was really quite shy.  He would sit in the back, not saying much, not singing, just watching.  After much persuading and prodding, he finally started singing…then a whole new world opened up.  He not only started singing, but he started looking up songs that he could translate into Spanish, buying dictionaries to translate songs, practicing at home for the next campout, just getting prepared.
Then we decided to host a hoot….boy did he love that!  He loved the atmosphere of hoots, the excitement of everyone sharing those truly special moments when it all came together.  He always had his “list” and rarely deviated from the “first come first perform” rule. He loved the jam sessions after the hoots particularly the a cappella singing when some of the great harmony songs would be sung.  He truly grew into a whole new world.
The last couple of years,  he was telling everyone and anyone about Songmakers.  He would brag about the organization, and talk about the wonderful musicians and singers in the club, the hoots, the campouts, the get-togethers…he was so very proud of you all.
You have no idea how envious all those people were of us, and how they yearned to be a part of some organization that sounded so wonderful.  Thank you for all the times you made Frank feel special, and how much you enriched his life.  I like to think that the “Angel Band” just needed a new hoot leader. 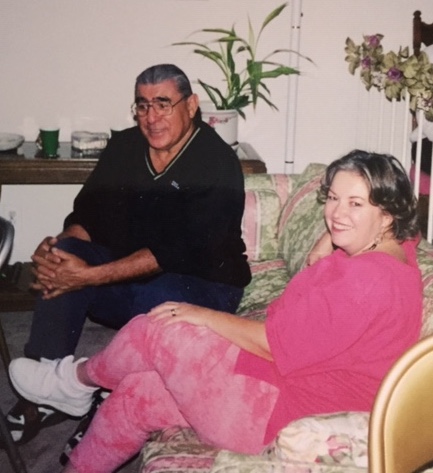