I have been a Songmaker since 1964.  Songmakers was a very large part of our lives for so long.

Bob was a longtime Songmaker for 50 years and passed away on June 24, 2014 from lymphoma.  He served as president of Songmakers and he and I led the West Valley Hoot for over 10 years.  Nothing pleased Bob more than encouraging a newcomer to perform at the Hoot.

Bob received both his Bachelors and Masters degrees in Physics from the University of Michigan.  He was the Power expert for the Air Forces’ space and satellite system.  Bob was a very proud father of his four children. 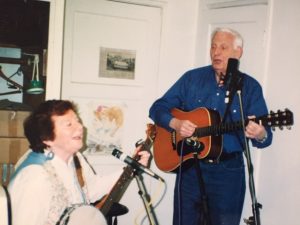